The hen harrier is currently one of the most endangered bird of prey species due to its hunting habits finding it in conflict with gamekeepers. Hen harrier numbers have seen a decline, and conservation efforts have been implemented to help increase numbers. 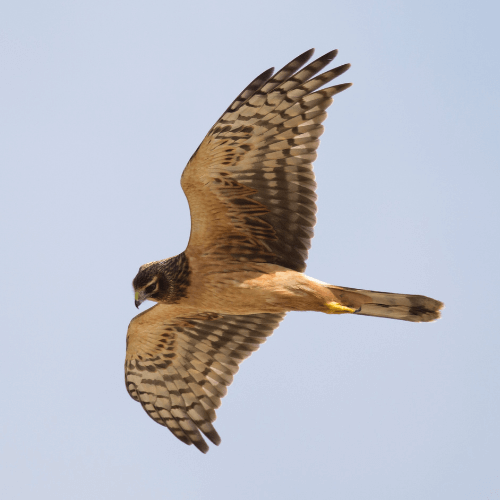 During the Victorian era, hen harrier numbers were in decline, however legal protection helped to put a stop to their numbers from reducing further, and pairs returned to breeding in the uplands of eastern Scotland, northern England and Wales, and the Isle of Wight.

Legal protection seemed to be going well, but their numbers still remained lower than what would be expected from the amount of habitat available.  Research shows that hen harriers continue to be illegally killed by gamekeepers. Conservation efforts such as the LIFE project have been set up to give hen harriers the safety and security that they need to increase their numbers.

When and Where to Find Hen Harriers

During the breeding season, March to August, hen harriers can be found on the upland moorlands of Wales, Northern England, Northern Ireland and Scotland. During winter they will move toward the lowland farmland and coasts

Male hen harriers are black, grey and white in colouration, whereas the females are black, brown and white. They both have a short hooked beak and yellow legs. 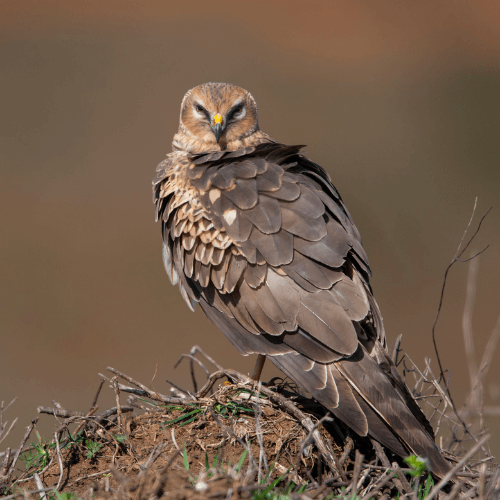 Are you making a hen harrier aviary?...

Whether you’re a falconer or a conservationist, we can supply you with our ClearMesh to make a great looking and practical hen harrier aviary. ClearMesh has been used in previous conservation efforts because of its resistance against rodents and it’s anti-slash properties. Contact us today or order your FREE samples!